Mr. Officer talks about his track ‘Tun Up’ where he collaborated with Leftside, producer Darr3n and GinDaroCa. After being on stage as a well known MC at various events he worked on his signature sound and is ready to share his music and his vision.

You recently released Tun Up and collaborated with Leftside. How did that started

“The track Tun Up initially started with producer Darr3n (known from tracks with Afrobros, Kalibwoy, Emms (Broederliefde) & Frenna). I invited him at GinDaroCa in the studio and together we went vibing and before I knew it they made a beat. A week later I came back to the studio where I recorded the hook and the verse. I didn’t do anything with the track for a while until I came into contact with Leftside. I’m a fan of his work and I love his songs with Major Lazor and Sean Paul, among others. We started talking on Insta and I sent him a snippet of the track Tun Up. He really digged it and recorded a verse within a week… and the rest is history ?”

Before you started your career as a music artist, you were already a well known MC at various events. How did you make that move and why?

“After being on the stage for years as an MC, I was ready for a new challenge. I wanted to be more than just a sidekick for the DJ and decided to take a step back on stage in order to take 2 steps forward. At that time I had a vision about my own show and I started working behind the scenes to realize this vision. I mainly used this period to find my own signature sound, create songs and to develop myself as a music artist.”

What can we expect from you in the near future?

“I’m a fan of Caribbean music: reggae, dancehall and afro vibes. You will hear that in my music too. I made a lot of tracks and I can’t wait to share these songs with everyone. We are just getting started.”

Where will you be in 5 years?

“Music is my passion. In 5 years I will still expect to be active in this business. But perhaps in a different role. Coaching young people in their career, A&R or perhaps running my own label.”

Why did you choose Signature as a label?

“After the first meeting with Signature, there was a click. That is very important for me. In addition, they were very enthusiastic about my music and vision and they mainly want to support and encourage me in this. I look forward to walking this path with them, to grow together and to achieve multiple succes.” 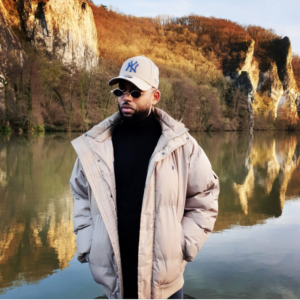